Did Mossad kill JFK? You will never know 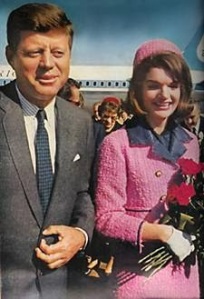 On October 26, Donald Trump, the Judas goat, announced the release of only 2,800-pages out of 113,000-page CIA file on the assassination of former US president John F. Kennedy. The release of the complete FBI file was required by the 1992 Congressional Act known as “JFK Assassination Records Collection Act,” which was signed as law by then president George HW Bush.

Some credit of the said act goes to Olive Stone’s 1991 movie JFK. Since then, Oliver Stone who claims to have Jewish family roots, was declared conspiracy theorist and antisemite. His son Sean Stone converted to Islam four years ago.

“Lyndon Johnson had demonstrated his strong support for Israel throughout his political career. The government of Israel, therefore, had every reason to believe that its interests would be better advanced with Johnson as president. And indeed they were. After Kennedy’s death, the United States, for the first time, began large-scale shipments of arms to Israel. During the June 1967 war, Johnson covertly provided both military equipment and personnel to aid Israel. Certainly, the Mossad possessed the resources to carry out an assassination almost any place on earth. And the Israeli government has been willing to sacrifice American lives to its own purposes. An example was the unprovoked Israeli military assault that killed 34 crewmen of the USS Liberty in June 1967,” wrote former Congressman Paul Findley on March 28, 1992.

Michael Collins Piper (died 2015), was a political investigative writer and author of several books such as Final Judgment, The Judas Goats, Target Traficant, etc. In 2004 book, Final Judgment, Piper claims that Israeli Mossad with the help of America’s fifth column (Zioncons) and CIA planned and executed the murder of JFK.

This entry was posted in General and tagged Israeli crimes. Bookmark the permalink.

One response to “Did Mossad kill JFK? You will never know”